Oil and gas industry picking up pace of campaign funding

Are Oil & Gas Executives Paid Based On Luck?

Oil and gas industry picking up pace of campaign funding 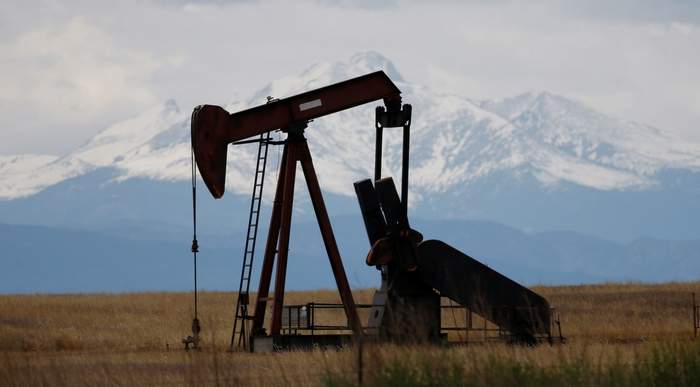 While there has been plenty of angst about the amount of money going into the governor’s race (currently at $21.3 million and counting, just for the candidates) campaign finance reports released Tuesday show that it is likely to be dwarfed by what the oil and gas is already pouring into committees that will do its bidding on ballot measures for November. The campaign finance reports come from the Secretary of State’s campaign finance filing system, TRACER, and cover the period of July 28 through Aug. 29.

Protecting Colorado’s Environment, Economy and Energy Independence – or Protect Colorado for short – has already raised $21.1 million as it prepares to fight Initiative 97, the statutory ballot proposal that would set up a 2,5000-foot barrier between occupied buildings and oil and gas development, and in support for Initiative 108, which would require governments to compensate private property owners when those governments pass regulations that reduce the value of that property.

The committee raised $8 million in July alone. The two initiatives qualified for the ballot in August.

The biggest donors in July:

The committee paid $4.87 million in July to PacWest Communications for advertising, including a $24,000 in-kind contribution to PacWest on behalf of Committee for Colorado’s Shared Heritage, which is likely to be the industry’s public face of support for initiative 108, along with Colorado Farm Bureau.

The other initiative on the oil and gas industry’s radar – Initiative 97, which would set up a 2,500-foot setback between new oil and gas development and occupied buildings – is already a target for negative advertising. The committee working to support the measure, Colorado Rising for Health and Safety, has to date raised $697,848 in cash and in-kind donations, spending about $657,000 to petition companies, including $384,981 to Direct Action Partners, which absconded with some of the group’s petitions. The petition company’s employees also claimed they had not gotten paid for their work.

Another committee that will be working on behalf of a ballot measure – Initiative 153, which would raise income taxes to pay for transportation bonds – is Coloradans for Coloradans. The committee has so far raised $4,249,351, including $2.261 million in July.

The Colorado Construction Industry, at $1.6 million, all of it in July.Associated General Contractors of Colorado, at $100,000, also in July.The other transportation measure, Initiative 167, aka Fix Our Damn Roads, would solicit bonds for transportation funding using current state revenues. Its dark money committee with the same name is solely funded by the Independence Institute, which does not divulge its donors. The committee has so far raised $$428,339 in cash and in-kind contributions. It spent $2.33 million in July, with $2 million going to Bluewest Media for advertising. Both qualified for the ballot in August.

The initiative would raise income taxes on those with incomes of about $150,000; the money, projected at $1.6 billion, would go to public education.

The last of the ballot measures, Initiative 173, which is on campaign finance, qualified for the ballot just yesterday. Its committee, Stop Buying Our Elections, did not report any contributions or expenditures in its Sept. 4 filing although the committee registered nearly a month ago. It is still unknown who is backing the measure other than its named proponents, former state Rep. BJ Nikkel of Loveland and former state Sen. Greg Brophy of Wray.

The next report deadline is September 17 for the period August 30 through September 12.

Rosneft Gets Super-Icebreaker For Vostok Project