Iran Claims It Holds The Most Oil, Gas Reserves In The World 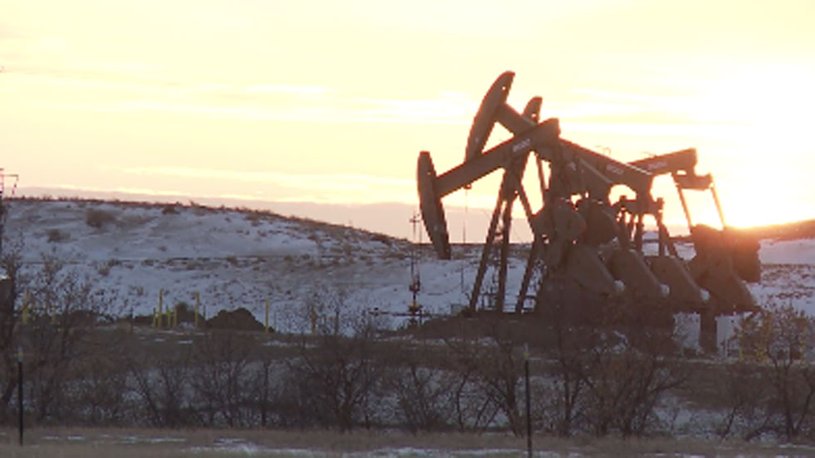 An announcement by the U.S. Geological Survey earlier this month that the potential largest oil and natural gas reserve ever assessed is sitting beneath Texas and New Mexico has government officials rejoicing. Environmentalists are not as thrilled.

The USGS report says a four-year assessment at the the Wolfcamp Shale and overlying Bone Spring Formation in the Delaware Basin portion of Texas and New Mexico’s Permian Basin province revealed underground petroleum reserves that may potentially hold up to 46.3 billion barrels of oil, 281 trillion cubic feet of natural gas and 20 billion barrels of natural gas liquids. This makes it the largest reserves ever assessed in the United States.

“Christmas came a few weeks early this year,” departing U.S. Secretary of the Interior Ryan Zinke said in a press release. “American strength flows from American energy, and as it turns out, we have a lot of American energy. Before this assessment came down, I was bullish on oil and gas production in the United States. Now, I know for a fact that American energy dominance is within our grasp as a nation.

Zinke, who will leave his position at the end of the year, has a history of compromising land and environmental issues in pursuit of energy development.

”This is really bad news for places like Russia and Iran,” Raymond Woodward of BHL Consulting, Inc in Tyler, Texas, told easttexasmatters.com. “Its relatively bad news for OPEC and perhaps Nigeria and a lot of exporting countries.”

Unfortunately, the environmental impacts could be just as significant as the economic boon for the region.

To get to the oil and gas, companies will most likely need to use hydraulic fracturing, or fracking, a process that fractures rock using a pressurized liquid containing chemicals.

The health impacts of the chemicals used in fracking and disposed of are not yet fully known.

A report based on documents obtained through a Freedom of Information Act request and published by the nonprofits Partnership for Policy Integrity and Earthworks indicates that the Environmental Protection Agency has identified but has not made public numerous health hazards for dozens of chemicals used in fracking.

The report also indicates that the industry it permitted to keep the chemicals used a secret.

Tasha Stoiber, an environmental chemist and senior scientist with the Environment Working Group, said in a commentary that the “hazards from the chemicals used included irritation to eyes and skin; harm to the liver, kidney and nervous system; and damage to the developing fetus.”

An estimated 17.6 million Americans live within a mile of least one active oil or gas well and could be exposed to toxic chemicals used in oil and gas production, according to a recent investigation led by the nonprofit group Physicians, Scientists, and Engineers for Healthy Energy.

“Despite these risks, there are no federal requirements for disclosure of the names and types of toxic chemicals pumped into wells near citizens’ backyards,” Stoiber said.

A 2014, eight-month investigation by the Center for Public Integrity, InsideClimate News and The Weather Channel revealed a pattern of respiratory illnesses linked to fracking chemicals released into the air near the Eagle Ford Shale in Leon County, Texas.

Three facilities in the area were permitted to release 142 tons of nitrogen oxides, 95 tons of carbon monoxide, 19 tons of sulfur dioxide, 8 tons of particulate matter and 0.31 tons of hydrogen sulfide per year, the study found.

“Our investigation and records obtained from Texas regulatory agencies reveal a system that does more to protect the industry than the public,” the researchers noted.

Exposure to fracking pollutants released into the air can cause eye, nose, and throat irritation, respiratory illnesses, central nervous system damage, birth defects, cancer, or premature death, according to a study published in Environmental Science and Technology.

Another practice common in the industry is injecting liquid byproducts from oil and gas production deep into the ground in a process known as wastewater disposal.

“Fluid injection can cause a quake on a fault that might not produce a natural earthquake for thousands of years from now,” Jens-Erik Lund Snee, lead author of a study mapping out dozens of West Texas fault lines that are at risk from fracking, said in a statement.

The USGS noted in a fact sheet that Oklahoma now has more earthquakes on a regular basis than California. In fact, fluid injection caused about 6,000 years of natural earthquakes to occur in about five years, according to a study.

The USGS notes that the majority of the quakes are not linked to fracturing, a common misconception, but to wastewater disposal.

The largest recorded quake linked to wastewater disposal was a magnitude 5.8 temblor that struck central Oklahoma in 2016.

The expected economic boon to the region as a result of the discovery will also bring increased development.

New Mexico’s Commissioner Aubrey Dunn said the news of the massive petroleum reserves raises concerns about the environmental impacts, noting that “state and federal regulators have had a difficult time keeping up with the pace of development across the region,” the Associated Press reports.

“We know that we need to redouble our efforts to improve and develop infrastructure in the area and to work closely with the county, state and our business partners to best prepare for the future. We’re in it for the long haul,” he told the AP.

The impact of oil and gas production and the burning of fossil fuels on the climate is well documented.

The USGS announcement comes on the heels of a dire report by the Intergovernmental Panel on Climate Change (IPCC), which warned that only an “unprecedented global effort” to reduce greenhouse gas emissions could thwart catastrophic climate change.

Greenhouse gas emissions from human activity, which come mainly from burning fossil fuels, would need to be cut roughly in half by 2030 and virtually eliminated by 2050 in order to keep from “overshooting” the 1.5-degree-Celsius target, the report said.

The IPCC noted that emission cuts needed to stay within 1.5 degrees Celsius of warming would require keeping large amounts of known fossil fuel reserves in the ground.

Instead, the U.S. government is touting the dominance and independence it will bring over other fossil fuel-producing countries like Russia and Iran.

“Knowing where these resources are located and how much exists is crucial to ensuring both our energy independence and energy dominance,” USGS Director Jim Reilly said.