With Renewables so Competitive, Big Plans for Oil and Gas Investments Look Risky

With Renewables so Competitive, Big Plans for Oil and Gas Investments Look Risky 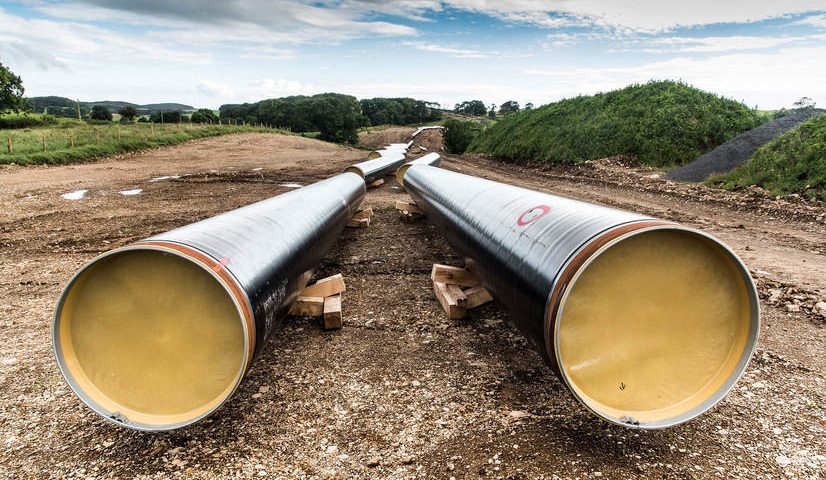 As the time left to avoid climate catastrophe counts down, the U.S. oil and gas industry is making a massive bet on exporting its products to the rest of the world for the next several decades — a sure recipe for blowing past the 1.5°C (2.7°F) increase in temperatures scientists say would avoid the worst effects of global warming.

But building and using this fossil fuel infrastructure for the next four decades is incompatible with current climate goals. The Intergovernmental Panel on Climate Change (IPCC) reports that to limit global warming to 1.5°C (2.7°F) above preindustrial levels will require “rapid and far-reaching transitions in land, energy, industry, buildings, transport, and cities.”

In order to meet international climate goals, much of the planned and existing oil and gas infrastructure will have to be abandoned before the end of its usable life, becoming what is known as “stranded assets.”

Global Energy Monitor makes the case that this massive bet on the future economy’s continued dependence on fossil-fueled energy is a bad financial bet, putting oil and gas investors in the same losing position as investors in the declining coal industry (an argument DeSmog also recently made).

While that outcome isn’t for certain, what is clear is that continued major investments in the oil and gas supply chain would dash the world’s waning hopes of averting the climate catastrophe expected with more than 1.5°C of warming. A group of environmental activists recently made a similar case in a letter to EU Climate Commissioner Miguel Arias Cañete and U.S. Secretary of Energy Rick Perry. They said that the oil and gas being produced by fracking in America and exported to Europe is “taking the world far beyond safe climate limits.”

On April 30, the Columbia Journalism Review and The Nation launched a new climate journalism initiative at an event in New York City, where MSNBC’s Chris Hayes noted that some people’s current position is to “glide through the destruction of human civilization.” That is an apt description for anyone currently investing in new oil and gas infrastructure, particularly in the U.S., where those investments have been booming.

Warnings About Oil and Gas Investments

Recently, however, signs have emerged indicating investors are increasingly turning away from oil and gas investments. Norway’s sovereign wealth fund — a state-owned investment fund worth approximately a trillion dollars — recently announced it would divest from oil and gas exploration and production companies in North America and around the globe.

A recent survey of European fund managers published by the UK Sustainable Investment and Finance Association (UKSIF) and the Climate Change Collaboration showed that the vast majority of these investors agree that oil and gas companies will become bad investments within five years.

“The writing is on the wall for oil companies that do not support global efforts to avoid a climate catastrophe by urgently phasing out fossil fuels and transitioning to a low-carbon world,” said Simon Howard, CEO of UKSIF. “The investment community recognizes that these will make increasingly risky investments.”

This week the Houston-based energy investment group Tudor, Pickering and Holt released an investment note about the U.S. shale industry titled, “Don’t Raise Your Budget,” which, as Bloomberg reported, said, “We’re struggling to comprehend why, when buy side, sell side, talking heads, and taxi drivers are saying not to, companies press on with budget increases and accelerated growth plans.”

Tudor Pickering summed up its opinion on increasing investments in fracked shale production by saying, “Please, for the love of God, don’t do it.”

And yet as Global Energy Monitor’s new report notes, the oil and gas industry is plowing ahead, gambling its future viability and profitability on what a growing section of the investment community apparently considers a bad bet.

The oil and gas industry has successfully pushed the idea of natural gas as a so-called “bridge fuel” necessary to help the world transition to a point when renewables are viable, and it continues to make this case. The industry talking point has been so successful that in recent Congressional testimony on climate change, former Secretary of State John Kerry parroted this message while trying to make the case for climate action.

However, despite industry propaganda, the economic reality is that renewable energy and storage capacity is already competitive with natural gas for electricity. That fact should be a flashing warning sign to investors making long-term bets on natural gas as a “bridge fuel.” The U.S. has already crossed the bridge to a point where renewables are cheaper than coal and often cheaper than gas for power generation.

And as Politico recently reported, a new analysis by energy industry consultants Wood MacKenzie predicts that utility companies might use battery storage in place of gas peaker plants for 80 percent of those planned by 2026. Peaker plants are used to quickly ramp up electricity in times of peak demand and do not run all the time.

Another example of how quickly the economics of power generation are changing can be found in the recent decision by Southern California Edison to cancel plans to build a new natural-gas peaker plant in Oxnard, California, in favor of massive battery storage instead. The plans for the gas peaker plant were originally approved in 2013 when large-scale storage, a key issue for renewables, was not an economically competitive option. But storage costs have been decreasing so quickly that now storage is seen as a viable replacement for peaker plants.

In March, U.S. Assistant Energy Secretary Bruce Walker commented on how much further storage costs are expected to come down in the next five years.

“We’ve made some significant breakthroughs already in that space,” Walker said. “We believe we’re going to be able to drive the cost down to basically 20 percent of what it is today over the next five years.”

With storage already competitive with gas peaker plants, the prospect of its costs dropping so rapidly in such a short time means that gas peaker plants are not economically viable in most cases, which supports the idea that a huge natural gas infrastructure bubble is currently inflating.

However, the rapidly declining costs of renewables and storage now offer what is often a cheaper alternative to gas-fired plants. This makes the investors warning that oil and gas are a bad long-term investment look quite prescient.

At a recent power industry conference, the last line of the last slide from one presentation summed up the prospects for natural gas power: “While natural gas generation remains favorable in the near term in many markets, there appear to be more risks than opportunities.”

Plenty of money is still lining up to take on those risks, but the rapidly changing economics of renewables and battery storage — along with the global goal of averting climate catastrophe — mean those investments increasingly run the risk of becoming stranded assets.