With Storage Space Evaporating, the Oil and Gas Industry Will Get to Put Its Products Back Underground

Coronavirus – Third of North Sea oil and gas ‘could be untouched’

With Storage Space Evaporating, the Oil and Gas Industry Will Get to Put Its Products Back Underground 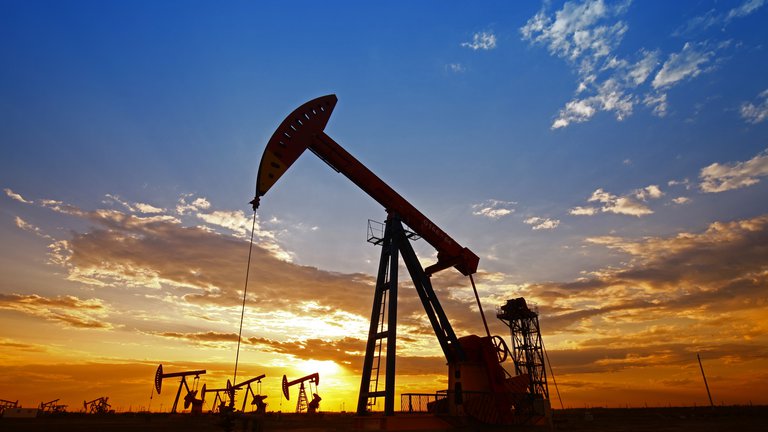 Last month, as the COVID-19 pandemic pushed oil prices into negative figures, drillers in the state’s sprawling shale plays were still pumping and piping oil and gas to the Texas Gulf Coast as usual. But there was a problem: The massive storage tanks dotting the coastline, where tankers load and ship the product abroad, were filling quickly. With limited space to store crude, oil producers resorted to paying buyers to take the stuff off their hands.

Then the industry had an idea: Why not just put it back in the ground?

It’s an idea that has been successfully explored in the past. After all, the U.S. Strategic Petroleum Reserve, where 641 million barrels of crude are stored in a network of underground salt caverns, underlies much of East Texas and Louisiana. The unique geology of the caverns makes them prime candidates to store oil and liquefied gas (known in industry parlance as liquid hydrocarbons) because the products can’t easily escape and taint nearby drinking water sources. There’s not much space left in the reserve, however, which is why industry players have asked state regulators for permission to store oil and gas in “unconventional” geological formations.

On May 5, their wish was granted. The Texas Railroad Commission (which regulates oil and gas producers, not railroads) voted at its regular meeting to temporarily allow the industry to store hydrocarbons underground outside of the usual salt caverns. The commission unanimously rolled back some provisions of Statewide Rule 95, which historically has prohibited storing hydrocarbons outside of salt caverns to prevent groundwater contamination. The rules were waived for a year; producers may store hydrocarbons underground for up to five years.

Board members also lifted the requirement that producers undergo a public hearing before embarking on such a project, except in instances when a protest is made. “This is somewhat unprecedented, but it’s exciting that we’re affording [producers] as much opportunity as possible in this emergency situation,” Chairman Wayne Christian said at the meeting.

Commissioners also voted against capping oil production, which may have slowed the stream of Texas oil enough to let storage capacity stabilize. Experts say doing so would have made the potentially dangerous underground storage unnecessary.

Now environmental watchdogs are warning that the leeway given to oil and gas producers could lead to polluted water across the state. “It’s pretty troubling. Allowing storage in these other formations obviously raises a lot of concerns for both environmental health and the health of our aquifers,” says Emma Pabst, an associate at Environment Texas. Advocates also say they had little time to prepare for the change or submit public comments to oppose it. “We were pretty shocked by that,” says Annalisa Peace, executive director of the Greater Edwards Aquifer Alliance. “Usually for something this major, there would be a comment period, where we’d have some time to look into it.”

Nine major aquifers stretch across Texas, where they provide 60 percent of the state’s drinking water. They underlie the state’s major oil fields: The northern border of West Texas’ vast Permian Basin overlaps the Ogallala, the largest aquifer in the country; farther west, at the elbow of Texas and New Mexico, where fracking has reached a frenzied pace, the shale play meets the Pecos Valley Aquifer; the western plateau of the Edwards Aquifer, which provides water to San Antonio residents, runs beneath a large swath of Texas oil country. State rules already prohibit the pumping of liquid hydrocarbons into aquifers themselves—those rules haven’t been waived. But because of the unique makeup of some geological formations, surplus oil and gas that’s put back into the ground in close proximity to aquifers may trickle into nearby water sources if left in storage long enough.

“Is it going to stay there and not leak into the aquifer?” says Ramanan Krishnamoorti, a petroleum engineer at the University of Houston. “The environmental concerns are the biggest issue here.”

As of Tuesday, the Railroad Commission had not yet fielded any applications for underground storage, a spokesperson said. The reason for that, said Pabst, is that it may take weeks for producers to draft applications, since this is a process they haven’t undertaken in the past. Krishnamoorti suspects producers may be waiting to see which company takes advantage of the waiver first—no one wants to be alone in sticking their neck out.

Even before this month’s rollback, the industry had a habit of contaminating groundwater with the state’s blessing. The Railroad Commission has allowed companies to inject oil field waste into aquifers—the agency didn’t bother to track the injections until the feds intervened. In 2014, the commission sided with Marathon Oil Company when a local groundwater conservation district raised concerns about the company injecting drilling waste into a productive South Texas aquifer. In its most recent annual report on groundwater contamination in Texas, a group of state agencies tasked with studying the issue found roughly 630 cases of groundwater contamination linked to “total petroleum hydrocarbons” in 2018. The cases made up 19 percent of total contamination cases that year.

Storing oil and gas in the comparatively safe salt caverns carries its own risk, too. In 1992, a leaky pipeline feeding an underground store of liquefied petroleum gas caused an explosion near Brenham, killing a 6-year-old boy and injuring 13 others. The explosion was felt in Houston, 70 miles to the southeast. A series of leaks, fires, and explosions stemming from salt dome storage have rocked the community of Mont Belvieu, just east of Houston, for decades.

At the May meeting, only Commissioner Ryan Sitton appeared concerned about the rollback. “That’s kind of a big deal,” said Sitton, who was defeated in this year’s primary elections. “I don’t wanna hear a story in three months that we put oil in some cavern somewhere and it caused some type of pollution.” Christian, the chairman, tried to allay his concerns: This is an emergency after all, Christian said.

In lieu of government intervention, the pace of oil pumping in the Permian Basin has slowed a bit in recent weeks. Kenneth Medlock, an energy economist at Rice University, estimates that about 500,000 barrels of oil, about one-eighth of the region’s daily production, have been taken offline in response to price drops. He said it’s difficult to predict how heavily the storage rollbacks will be utilized. But one thing is clear: It’s one more tool to keep the state’s flailing oil and gas industry pumping and piping and polluting before, possibly, putting it back in.